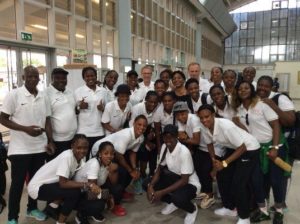 Thieves in the early hours of Wednesday invaded the camp of the Super Falcons in Banjul, The Gambia.

The Super Falcons are due to play their Gambian counterpart for a ticket to the finals of the African Women Nations Cup.

Valuables were stolen from the camp by the invaders, including personal effects of the Nigerian players.

The second leg of the qualifying match is slated for the Agege Township Stadium in Lagos on Monday.