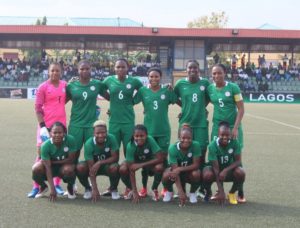 The reigning African champions still occupy the same 38th spot from the last ranking published on June 22 as well as the same total accumulated points of 1607.

Super Falcons have been inactive since their 2018 Africa Women’s Cup of Nations qualifying match the Gambia in June which they won 7-0 on aggregate.

The Thomas Dennerby’s side, however, remains the best women’s side in Africa and are followed by Ghana, Cameroon, South Africa, and Equatorial Guinea.

USA, Germany, England, France, and Canada are in the top five

The next Federation of International Football Association women’s world ranking will be released on December 7.