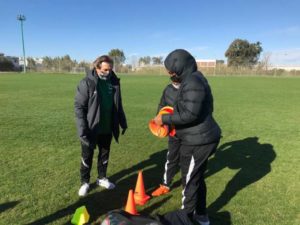 Super Falcons new coach Randy Waldrum has said he has been pleased with the “ton of talents” in the team and said he believes that with the right preparation they can always enjoy top finishes at the World Cup.

“Year in, year out, Nigeria have to be in the top-4, and then anything can happen.

“The consistency of finishing high has to be top priority.

“There’s a method and a plan to this.”

The new coach said he was pleased with the array of talent on display in the Falcons training, but still insisted on expanding the player pool to let in more younger players as those from the last World Cup are getting old.

The African champions will begin their Turkish Women’s Cup campaign tomorrow morning against Russian club CSKA Moscow, before they take on Uzbekistan on Saturday and then next Tuesday battle Equatorial Guinea.