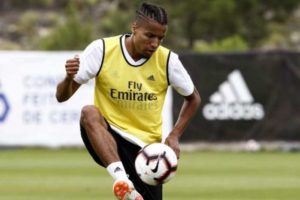 The 2013 Africa Cup Nations winner absence will come as a big blow for both Nigeria and Leganes as the center-back who also missed the Super Eagles last friendly against Ukraine last month were he was then trying to regularise his papers in Spain.

Ebuehi who last featured for Nigeria at the 2018 World Cup, makes a return to the team after recovered from a long-term injury he suffered at his Portuguese club Benfica.

The fixture will kick-off at 8 pm local time and 1 pm Nigerian time.