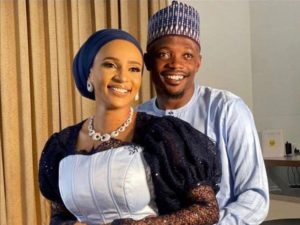 Super Eagles winger and captain, Ahmed Musa, has married his third wife, Mariam, in a private ceremony over the weekend.

It will be his third marriage in 9 years, having ended his relationship with first wife Jamila in 2017 to marry Juliet Ejue the same year.

The Kano Pillars star has always maintained that he does not regret his first marriage as he stated that the second one will be happier and long-lasting.

He has taken Mariam as his second wife as it was gathered that the wedding ceremony was quiet.