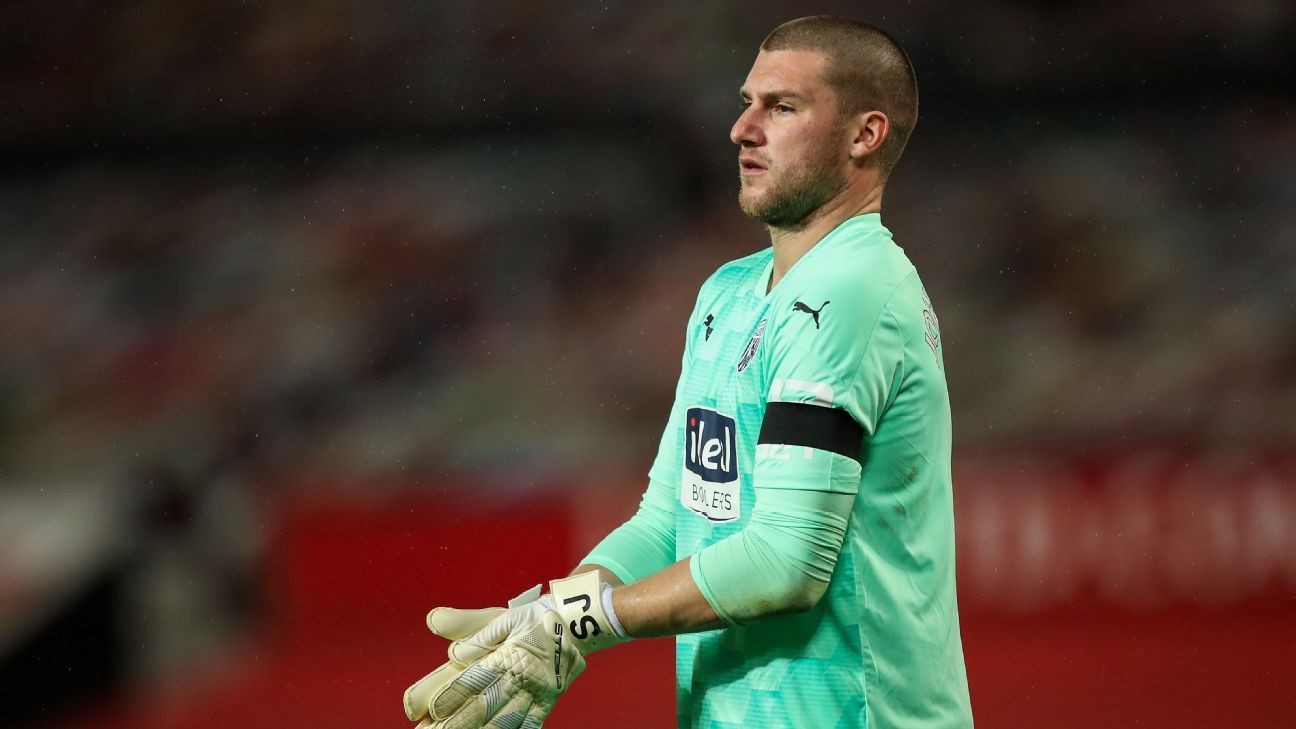 Manchester United have joined Tottenham and West Ham in the race to sign West Brom goalkeeper Sam Johnstone, sources have told ESPN, with manager Ole Gunnar Solskjaer preparing for the likely departure of former No. 1 David de Gea this summer.

Johnstone, 28, spent nine years at Old Trafford having progressed through the club's academy before joining West Brom in a £6.5 million transfer in 2018.

- Stream FC Daily on ESPN+
- The 39 best men's players aged 21 or under
- In pictures: Man United protest against Glazer ownership

And with United keen to sign a proven Premier League keeper to challenge Dean Henderson for the No. 1 shirt next season, Johnstone has emerged as Solskjaer's favoured option to replace De Gea, who sources have told ESPN is unlikely to accept a role as a No. 2 next season.

Although sources have said that West Brom value Johnstone, whose contract expires in 2022, at £18m, an undisclosed sell-on clause in the deal which took the keeper to The Hawthorns ensures that United would be able to reduce their outlay on re-signing the player, who failed to make a first-team appearance during his time at Old Trafford due to seven loan spells away from the club.

Sources have told ESPN that West Ham are favourites to sign Johnstone due to manager David Moyes -- who worked with Johnstone at United -- being prepared to offer him regular football at the London Stadium.

Tottenham's interest is strong, but uncertainty over the future of captain and No. 1 Hugo Lloris, as well as the identity of the club's choice of successor to Jose Mourinho as manager, has put Spurs behind their London rivals in the battle to sign Johnstone.

But while Johnstone would have to dislodge Henderson to play at United, and thereby jeopardise his England prospects having earned his first call-up to the senior squad this season, sources have said that he remains open to a return to Old Trafford.