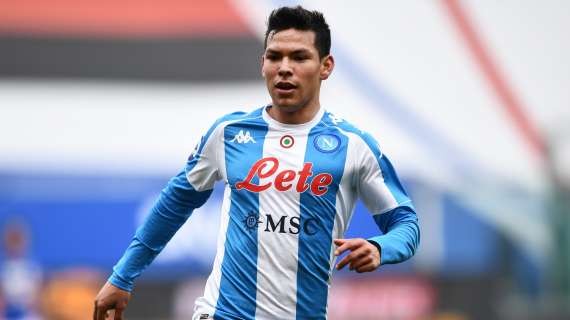 According to Il Mattino, among other online sources, striker Hirving Lozano has raised interest from Spanish Club Sevilla. Sevilla who is currently being managed by Julen Lopetegui, have kept the striker on their radar and have recently submitted an offer to try to take the Napoli international star to La Liga. It is speculated that the offer has not met Napoli's set lucrative price tag on the international forward.

Lozano, has scored 15 goals in the 20/21 season for Napoli and has had an important role in their starting squad. He could be a great addition to Sevilla's offensive power lead by Luuk de Jong, Alejandro "Papu" Gomez and Ivan Rakitic if they can come to an agreement.