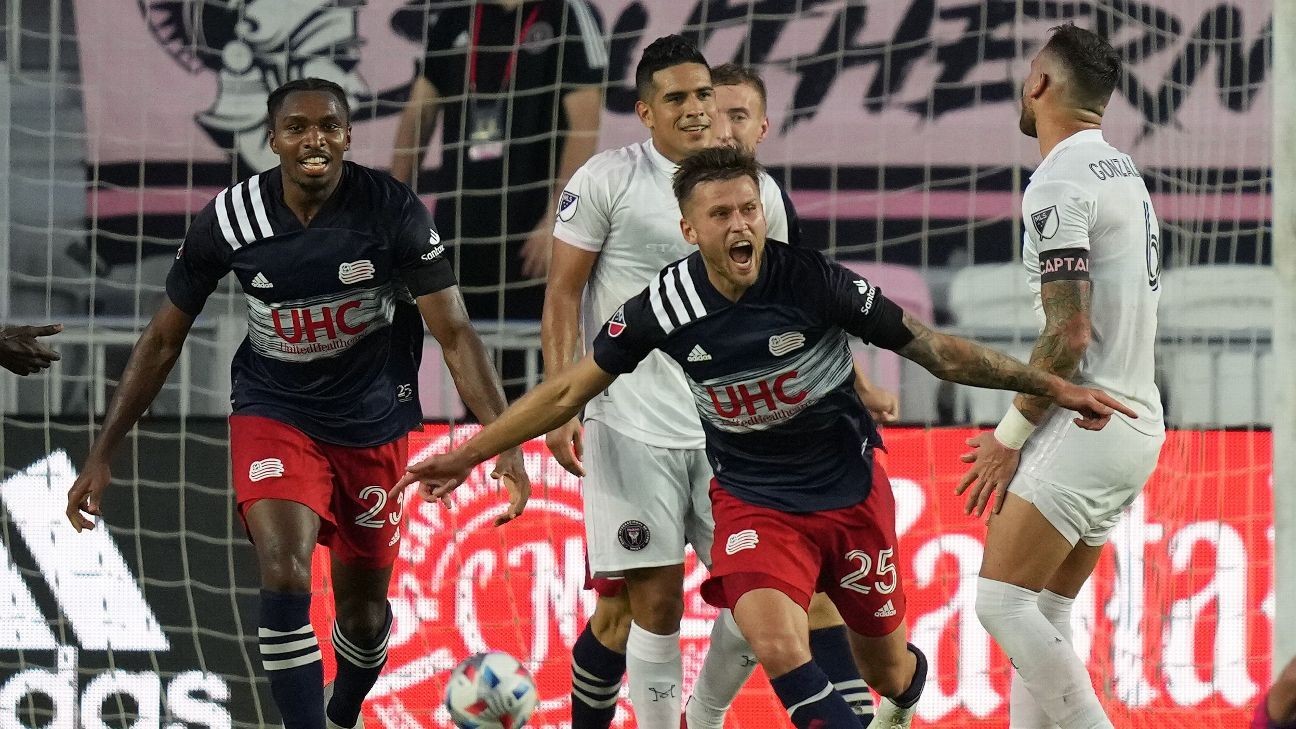 Traustason, an Icelandic international winger acquired from Swedish side Malmo in March, scored in the 15th minute and again in the 36th. Teal Bunbury added a goal in the 27th minute, Adam Buksa scored in first-half stoppage time and again in the 83rd minute and goalie Brad Knighton made one save for New England.

"We were certainly opportunistic [in the first half]," Revolution coach Bruce Arena told the team's myTV38 broadcast. "[In the] first 10 or 15 minutes we were a little shaky, and then I think we picked it up a little bit."

Traustason's header for his first goal of the season put New England on the board. The midfielder crashed the net and directed a Carles Gil free kick into the lower left corner of the net past a diving Marsman.

Bunbury doubled the Revolution lead 12 minutes later when he scored on a rebound in the box after Marsman denied Tommy McNamara's initial right-footed shot from the right side of the box.

Buksa scored again with a left-footed shot on a through ball from Gustavo Bou in the second half, matching Bou with his team-leading seventh goal this season.