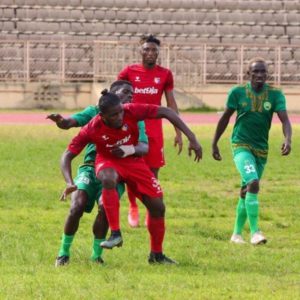 Remo Stars pipped Gateway United by a lone goal in the first semi final fixtures to book a place in the final.

In the second semifinal, Ijebu United defeated Stormers SC 4:2 on penalties after regulation time ended in a goalless draw to set up a final showdown against Gbenga Ogunbote’s men.

Remo Stars and Ijebu United will represent the state at the national Aiteo Cup finals but first have a scores to settle between them in the final of the annual tournament on a date yet to be announced at the Gateway Stadium, Ilaro, Ogun state.