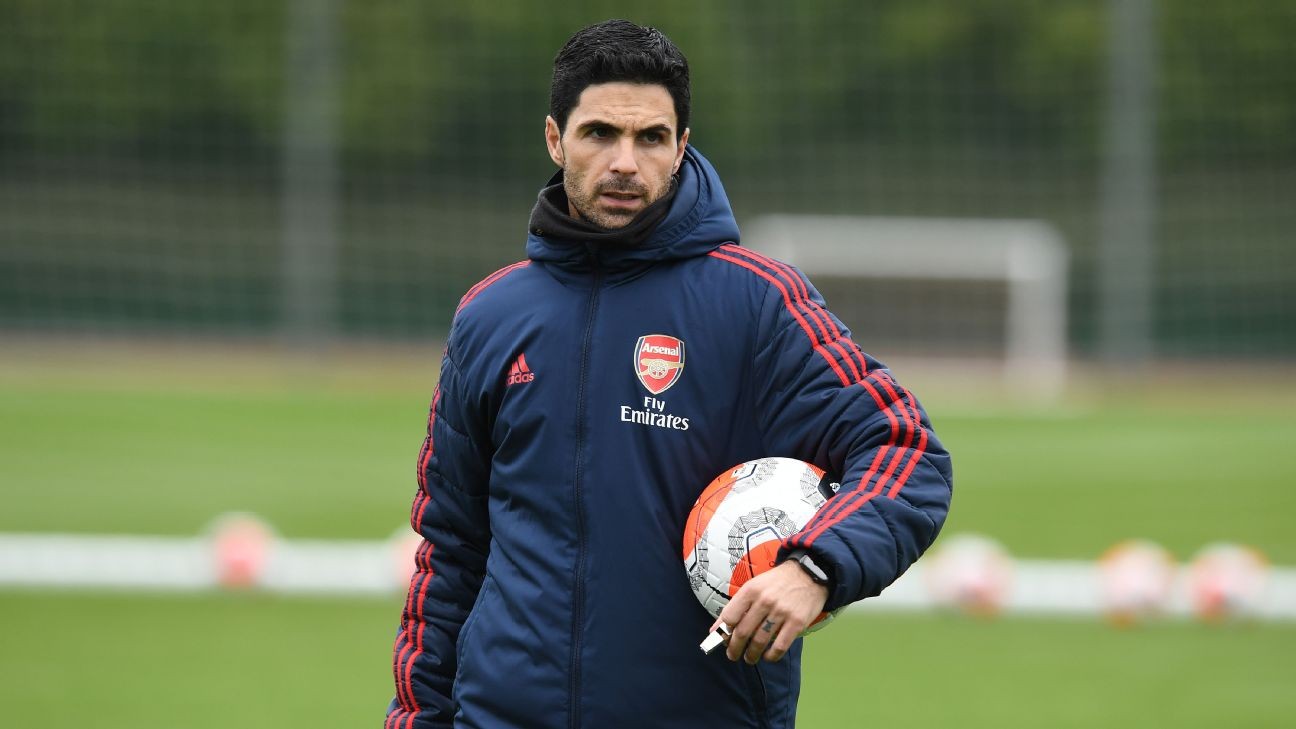 Arsenal manager Mikel Arteta feared who he might have infected when he tested positive for the coronavirus, but said on Thursday he has completed his recovery and is ready to return to work with the Premier League side.

Arsenal announced Arteta's positive test a fortnight ago on March 12, which ultimately led to the halt in the season as his side prepared to face Manchester City.

The Spaniard believes he contracted the virus after the team's Europa League clash against Greek side Olympiakos, whose owner had the coronavirus, in late February.

"I am feeling completely recovered," he told Arsenal's website. "It's true I started having some symptoms when we got the phone call from the club [Olympiakos] to let us know that we might be exposed to the virus. I don't know, I felt something within me, that I had it.

"Then you realise, 'Wow, everybody can be exposed here, this is very serious' and you start to think about the people that you've been in contact with and the other people that can be related to us. That's when a bit of fear comes."

Arteta said he coped with the symptoms and revealed his wife and children's nanny had also contracted the virus.

"In terms of symptoms, it was a normal virus for me. I had three or four days which were a little bit difficult, with a bit of a temperature and a dry cough, and some discomfort in my chest. That was it," he said.

"The difficulty is that I have people at home, three kids as well, and I was worried. My missus has been through it and my nanny's been through it. Thank God, the kids never got it. We are all completely fine now."

Arteta also thanked his technical staff for keeping the players focussed in his absence. He added they will continue with individual programmes until training can begin on the pitch.

"In difficult moments is where you really see the people and how they react, how they think and how they prioritise things," Arteta said.

"All the phone calls I'm having with all the members of the board and all my technical staff, all the coaching staff, all the players, how aware and how encouraged they all are to try to help, to try to be on board with the situation and to try to make things easier for the club has been amazing."