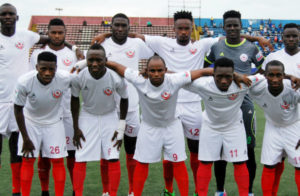 Benedict Ugwu has been named as caretaker coach of Enugu Rangers after the departure of Gbenga Ogunbote.

General manager of the Club, Davidson Owumi said Ugwu has been saddled with the task of taking care of the technical department of the team, monitoring the pre season activities of the team.

Ugwu who spent ten years at Rangers was an integral member of the squad that won the Challenge Cup in 1983 and 1984 before moving to El kanemi Warriors, 3SC and eventually traveling abroad