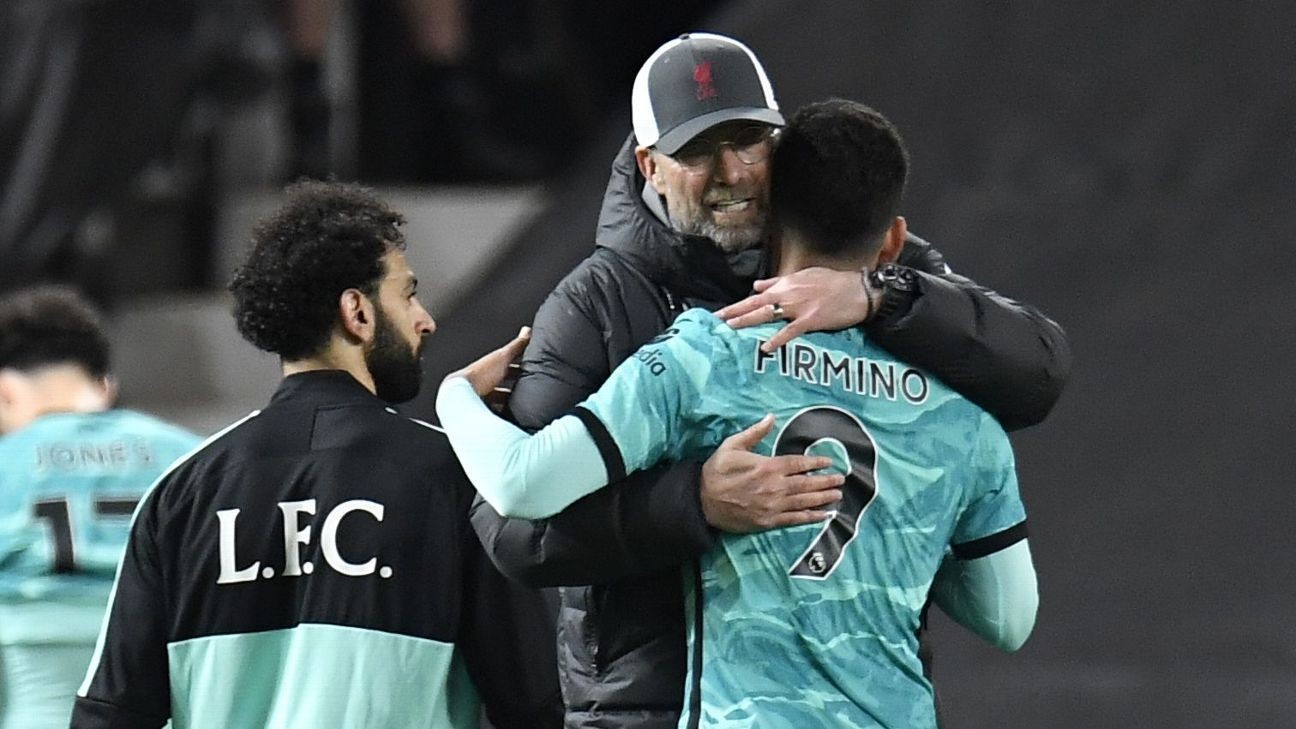 Manchester City and Manchester United have already booked their places in next season's Champions League, but two spots are still up for grabs in the Premier League and it could go right down to the wire.

Chelsea and Leicester City threw the race wide open after unexpectedly losing at home to Newcastle United and Arsenal respectively. And with the two sides meeting at Stamford Bridge on Tuesday, three days after Leicester beat Chelsea 1-0 in the FA Cup final (stream a replay on ESPN+, U.S. only), it means Liverpool have hope of gatecrashing the top four.

- How VAR decisions have affected every club

Here's what the teams need to do to qualify for the Champions League.

Chelsea and Leicester both have the weekend off for the FA Cup final. It means their qualification picture could look different by the time the two clubs face off on Tuesday.

But if Liverpool and West Ham both win this weekend, it's a very simple task for Brendan Rodgers' men: win at Chelsea and they have secured a place in the Champions League.

If they draw, qualification will still be in their own hands but they may need to beat Tottenham on the final day to stay ahead of Chelsea.

Lose to Chelsea, and Leicester would be almost certain to miss out on the top four if Liverpool win their three remaining games.

If Chelsea can beat Leicester in the league, a place in the Champions League is back in their own hands and, due to West Ham's inferior goal difference, they would only need to match the Foxes' result on the final day.

A draw against Leicester, and Chelsea might need help from others to climb above either Leicester or Liverpool.

Lose to Leicester, and Chelsea's hopes of making next season's Champions League will hang by a thread and they may have to beat Manchester City in this year's final in Porto on May 29.

Jurgen Klopp's men might only need four points to make the top four, if Chelsea lose both their remaining games. But in reality, Liverpool will be looking to win all three matches.

Their fate isn't quite in their own hands, as they could still finish behind Leicester on goals scored if the Foxes were to lose to Chelsea then heavily beat Tottenham. But nine points is all but certain to give Liverpool a place in the Champions League.

On Tuesday, the Reds will have a clearer picture of exactly what is required from their final two matches.

West Ham, Tottenham and Everton still have a mathematical chance, but they need a miracle. Arsenal have outside hope of squeezing into 7th for the UEFA Europa Conference League.