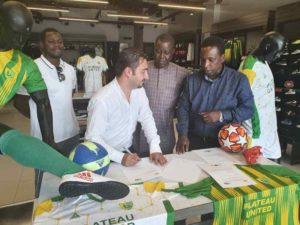 Nigeria Professional Football League side, Plateau United Football Club of Jos will be wearing a new kit next season after signing of a two-year contract with Kayspor kit company who are based in Turkey, Completesports.com reports

General Manager of the club, Pius Henwan signed the dotted lines with the kit manufacturing company in Turkey on Thursday

Henwan who expressed delight with the partnership explained that the new kit will give the team a unique appearance in the 2019/2020 league season.

He said the new kit which will also be available for sale to Plateau United’s teeming supporters around the world, will help improve their revenue base to reduce the over-reliance on the state government. 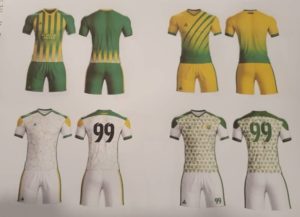 Henwan disclosed that part of the agreement will also see the club exporting some of its players to Turkish clubs to generate income for the team.

This is the first time Plateau United will be kitted by a foreign kit manufacturing company as the club has over the years been kitted by Cone Sports, an indigenous company based in Kano.