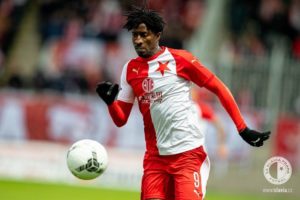 In Greece, Chuba Akpom played as a substitute in PAOK’s 2-1 away win at Asteras Tripolis.

Anderson Esiti was an unused substitute for PAOK in the game.

Also in Greece, Brown Ideye was in action for action in Aris’ 2-1 home defeat to Olympiacos.