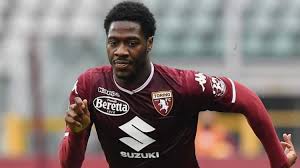 Torino defender Ola Aina yesterday returned to full training with the rest of the rest team after a lengthy period of absence due to hamstring injury.

The Nigeria international has been out of action since October following the injury sustained in the game against Udinese in the Serie A.

Despite the injury, the 26 year-old has been a subject of discussion for a possible move away from Italy with England being the most likely destination.

The injury also kept the defender out of the camping his club has in Turkey as part of the preparation towards the league resumption aft the World Cup.

Aina trained with his teammates for the first time since sustaining the injury on Tuesday and will be expected to part of the team traveling to play Empoli on Matchday 20 in the Serie A.