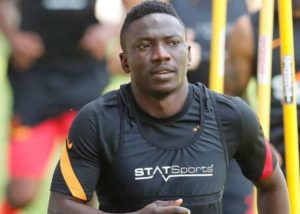 Stoke City manager Michael O’Neil has ruled out the possibility of Oghenekaro Etebo returning from his loan spell this month.

Etebo linked up with Turkish giants Galatasaray on a one-year loan deal last summer following a short spell with Granada in Spain.

The Nigeria international has been linked with a return to the Stoke City this month but O’Neil has moved to quash the rumour.

“Maybe because the loan hasn’t gone well, you can’t just decide you want to come back. It doesn’t work like that.

“We don’t envisage any of the loan players who are currently at various clubs returning to Stoke in January.”