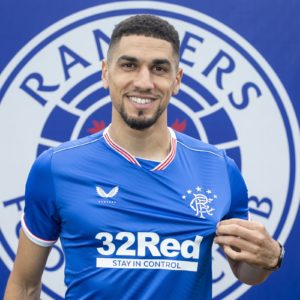 Scottish Premier League side Rangers have completed the signing of Nigeria international Leon Balogun on a one-year deal.

Steven Gerrard has been looking to add defensive cover to his squad since losing Nikola Katic to a serious knee injury.

The Ibrox club have moved to land the former Brighton defender, following his departure from Wigan.

Rangers boss Gerrard - who has the option of extending Balogun's contract for another 12 months - told the club's website: "I am pleased to secure the signature of Leon.

"He is an experienced centre half, who will add strength and depth to our squad.

"His experience in the Premier League as well as his international pedigree strengthens our squad and will assist in the development of our young defenders.

"Leon has just finished a round of competitive fixtures with Wigan, so will hit the ground running.

"He's a positive and bright character and we are looking forward to his influence around the group."

Balogun has been capped 32 times by Nigeria and played in all three of their matches at the 2018 World Cup.