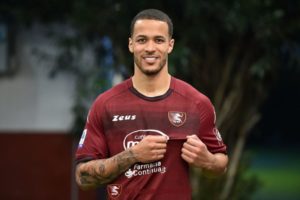 Italia Serie A side Salernitana have announced the arrival of Nigeria International, William Troost-Ekong on loan from English Championship side, Watford.

“US Salernitana 1919 communicates that it has reached an agreement with Watford FC for the temporary transfer with the right to buy the defender born in ’93 William Troost-Ekong,” the club announced through a statement in their official website on Tuesday.

Troost-Ekong has been assigned the number 15 jersey at Salernitana for the remainder of the season.

The number 5 is seemingly his favorite jersey number having worn it at International level for the Super Eagles and during stints at FK Haugesund, Bursaspor, Udinese and Watford.

Troost-Ekong made fifteen appearances in the Championship this season and wore the armband on five occasions.