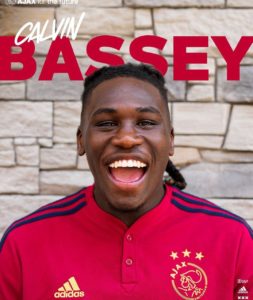 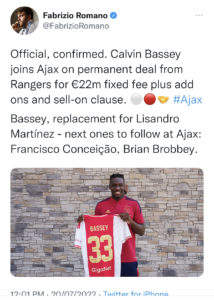 Bassey, replacement for Lisandro Martínez - next ones to follow at Ajax: Francisco Conceição, Brian Brobbey. 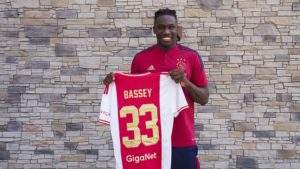 Bassey joined Leicester City at the age of 15 after a successful trial and progressed through the club's youth ranks, with regular appearances for the clubs' under-18 and under-23 sides.

He made his professional debut for Rangers in a Scottish Premiership match versus St Mirren as a substitute in a 3–0 win.

Bassey was a key figure for Rangers during their run to the 2022 UEFA Europa League Final, which they lost on penalties to Eintracht Frankfurt.