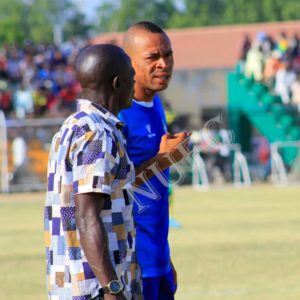 Following the poor run  of result for Nasarawa United, the government of Nasarawa State has given the Coaching Crew a 3-match ultimatum to turn things around or be shown the exit door.

After three matches in the 2022/2023 Nigeria Premier Football League, NPFL season, the Solid Miners are yet to get a win.

A loss on match day 1 to Enyimba international at the new Jos Stadium followed by two consecutive loses in the match day two and three to El Kanemi Warriors and Abia Warriors compounded the woes of the team.

The recent 3-0 loss to Abia Warriors have a left a bitter pill to swallow for the government and people of the state and the state has decided something needs to be done.

A meeting between the Ministry and the club's management was held on Monday at the Conference Hall of the Ministry in Lafia,

“The Governor and number one financier of the Club, His Excellency, Engr. Abdullahi Sule, is not happy with the performance of the team this season and he didn’t hide his feelings as he vented his displeasure shortly after the loss to Akwa United on Sunday.

“Also, the entire State and supporters of the Club are not happy with the way things are going with the Club in a difficult and unassuming abridged league format like we are playing now", statement by the Commissioner of sport of the state, Lucky Isaac Yargwa read.

Consequently, we are placing the Management and Coaching Staff of the Club on a three-match requisition, beginning from the Club’s next match away to Gombe United FC, on Sunday, 29th January.

“The other two matches are against Plateau United on Wednesday, 1st February, at home, and Shooting Stars on Sunday, 5th February, 2023, in Ibadan, Oyo State.

“We hope that this prompt measure by the Government will help to return our team to their glorious status in the league this campaign, failure of which may leave the Government with the option of taking further drastic measures.

Nasarawa United will play Gombe United in their next game of the Nigeria Premier Football League followed by a  match against Plateau United before playing Shooting Stars.