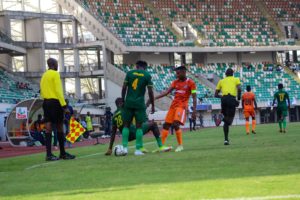 A huge task await Akwa United in Aba when they play Enyimba today, Nigeriasoccernet.com can report.

Following a shocking start to the 2023 league season where they fell 2-0 at home to Bendel Insurance, Deji Ayeni and his men have a huge task ahead of them today when they take on high-flying Enyimba Int'l.

Aba, a difficult ground to get result will host what is arguably the match of the round today and with Akwa United desperately in need of a season saving result, it promises to be interesting.

It'll be a case of favorite against underdog in Akure on Thursday when Sunshine Stars host Rivers United.

The Owena Waves laboured to a 1-1 draw away at Doma in their opening fixture but the match against Rivers United will beat another game entirely. 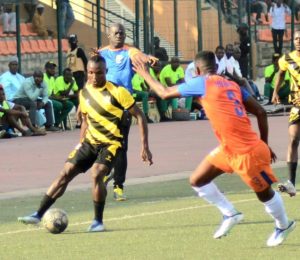 Difficult to see how the Akure Gunners will get pass their visitors who are full of confidence following their exploits in CAF Confederation Cup where they are one of the last 16 teams to compete in the group stages.

Also on Thursday, it will beat case of landlord versus tenant when Shooting Stars and Kwara United go head to head at the Adamasingba Stadium, Ibadan.

Kwara United who adopted Ibadan as their temporary home didn't have their dream start at the Adamasingba Stadium when they were held to a goaless draw by Gombe United.

Gbenga Ogunbote Shooting Stars on their other hand are still basking in the euphoria of their preseason performances where they blew every team away. Aside winning some of the preseason tournaments, the Oluyole Warriors began their season campaign with a solid display that saw them play a 3-3 draw with their host, Plateau United in Jos.

Enugu Rangers will seek redemption at the New Jos Stadium the adopted home of Lobi Stars when they visit today. Rangers lost their first game at home to Abia Warriors 2-0 while Lobi Stars narrowly fell to a 2-1 defeat in the hands of Rivers United. 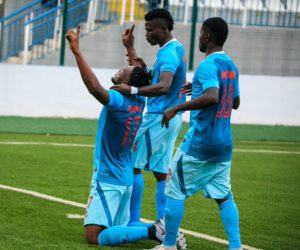 Gombe United and Remo Stars will lock horns in Gombe as Abia Warriors and Bayelsa United go head to head in Aba.

Dakkada FC will seek their first win of the season when they welcome Wikki Tourist to the Nest of Champions as Bendel Insurance host Plateau United in Benin to complete the match day two fixtures.