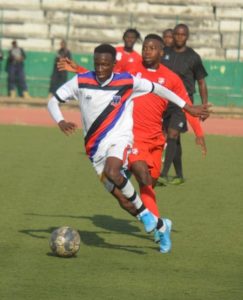 The first phase of the match day two games of the Nigeria Premier Football League, NPFL took centered stage at four centres with first wins for teams like Dakkada FC and Lobi Stars while Rangers International of Enugu's woes persisted.

Atule Joseph's late goal in the 82nd minute gave the Makurdi side the win over the Flying Antelopes of Rangers.

Dakkada FC conquered Wikki Tourist at home for their first win of the season after coming back from a goal down. 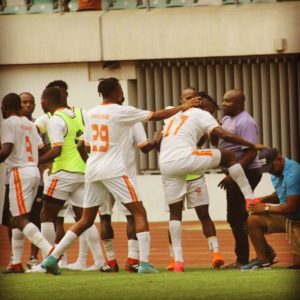 Ismaila Maiyaki drew the first blood for the visitors at the Nest of Champions, but Kufre Ebong restored parity in the 30th minute as the home side ensured they go to the tunnel all square.

Captain, Aniekan Ekpe in the 70th minute gave the home side the lead from the penalty spot sending the goalkeeper the wrong way.

Enyimba International of Aba couldn't not break Akwa United as they were held to a goalless draw at the Aba Stadium. 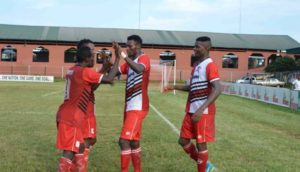 It was however a different case for sister club, Abia Warriors who got the better of Bayelsa United after beating them by three goals to one.

Kalu Nweke scored early in the first of the game, Bello Lukman made it two in the second half before Ekeson Okorie reduced the deficit for Bayelsa United seven minutes to the end of the game.

Henry Udezuka secured the win with a goal in the 87th minute.