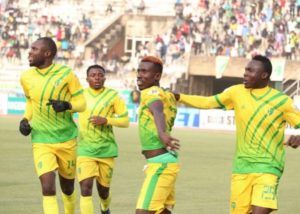 Nigerian Professional Football League side Plateau United Football Club of Jos has set its sight on reaching the Semi-final of the 2019-2020 CAF Champions League, management disclosses.

General Manager of the club, Pius Henwan stated this while briefing newsmen on the team’s preparations ahead of the 2021 soccer season.

Henwan explained that having featured in the 2018 edition of the CAF Champions League and the CAF Confederations Cup where the team failed to qualify for the lucrative group stage of the competitions, the General Manager said all machinery are been put in place to ensure a successful outing in the competition this time around.

The experienced sports administrator disclosed that as a first step to realising that objective, the club have recruited six tested and experienced players to fortify the team while seven has been dropped due to the expiration of their contracts and those who are desirous of playing time which they failed to get in the team.

He pointed out that two more new players are expected to join the team soon as management intensifies preparations before the commencement of sporting activities by the relevant authorities.

On rumors making the rounds that team’s head coach, Abdu Maikaba is eyeing the Flying Eagles job, Henwan confirmed emphatically that the Kano-born soccer tactician is staying put in Plateau United for the next two years to enable him to continue with the good work he started with the team two years ago.

As for the venue of the team,s CAF Champions League, the General Manager assured that efforts are on by the Plateau State government to refurbished the Rwang Pam stadium to CAF requirements to enable the team play before its home fans.

Henwan appealed for more support to the team as the fly the country’s flag in the CAF Champions League assuring that the club is fully focused to put smiles on the faces of soccer-loving Nigerians.