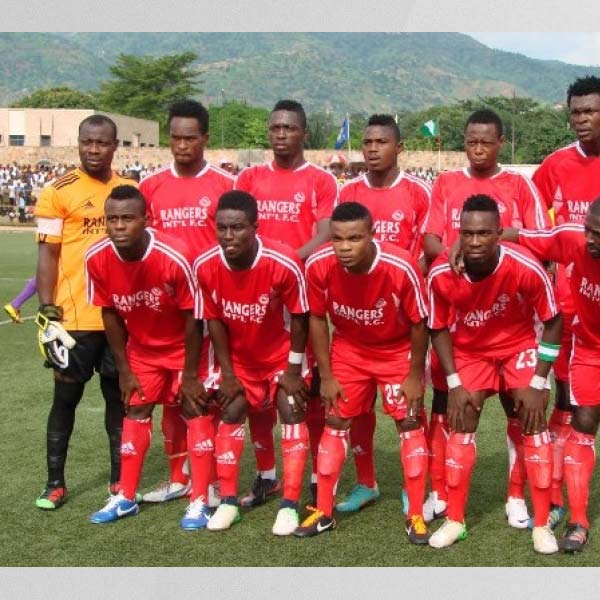 From emerging champions last season, their first in 32 years, Rangers International have found themselves struggling to retain a slot in the Nigeria Professional Football League (NPFL) from the start of the season which now has just eight games to go.

Lying 14th on the log and hanging precariously above the drop zone, players and officials of the club are now united in their bid to rescue the traditional club from going down.

They made good the resolve with a 2-0 win over second placed MFM of Lagos in their last match  at the Nnamdi Azikiwe Stadium, Wednesday.

But the fate of the Enugu side hinges on the next eight Match days, which could see them remain in the top flight or settle for the lower division next season.

Coach Chukwuma Agbo understands the situation his team is faced but exudes a rich measure of confidence that his side can beat the drop despite their current struggles.

Agbo in a chat with npfl.ng ahead of today’s fixture in Ilorin against ABS, expressed hopes to build on the midweek result and plough his side out of relegation waters.

“We cannot afford to slip at this moment. Our next game (against ABS) is very crucial to the team. We need to consolidate on the victory against MFM.”

“It will be tough in Ilorin, by virtue of the status of both teams, but we will do our best to keep the momentum. I have said it on various occasions and I will say it again, Rangers are not a candidate for relegation. We will do everything possible to maintain our status in the top flight. This is our priority for now,” he concluded.

Rangers had last week arrested Amakapabo for being in possession of the club’s property. The coach in his defence based his action on the fact that he was being owed by the club.

Secretary General of Nigeria coaches association, Solomon Ogbeide told Sunday Sunsports yesterday that the body is not happy that Chukwu is in charge in a club where the right of a coach is being trampled upon.

“Chukwu is a senior member of the coaches association. We didn’t expect this to be happening in a club where he is in charge,” Ogbeide said.

It would be noted that the LMC had on friday suspended Chukwu from all league activities even as it ordered Rangers to pay Imama N16.7m in 10 days or face expulsion from the league.