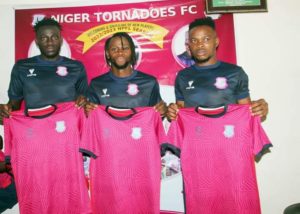 Nigeria Professional Football League (NPFL/ side, Niger Tornadoes have unveiled 13 new players ahead of the 2022/2023 season.

The Minna base team finished 12th on the log last season just 3 points ahead of the drop zone with 51 points and will seek to better that position in the new season.