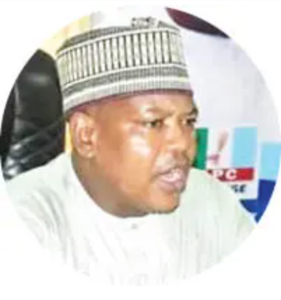 The ‘Sai-Masu Gida’ boys had taken the lead early in the first half when Yusuf Maigoro put them ahead with a sublime finish in the 22nd minute after he was assisted by Auwalu Ali.

The match which appeared to be coasting to an end, however, ended with drama when in the second half additional time, Dakkada scored what appeared to be a last-minute equalizer.

But as soon as the goal was scored, the chairman of Kano Pillars angrily stormed the pitch and punched the first assistant referee from Ekiti State on the head.

After the attack, the centre referee consulted with his assistant referee after which the goal was disallowed for off-side.

However, the act of hooliganism perpetrated by the chairman led to a scuffle between him, the away team and officials of the League Management Company (LMC) leading to an abrupt end to proceedings.

Thereafter, the away team was escorted by heavily armed policemen from the stadium to Sabongari area where they were lodged.

Yesterday’s match was just the second match Pillars were playing at their home stadium after the ban which took them to Abuja was lifted by the LMC.

It is, however, not clear if the chairman’s shocking behaviour will cost Pillars another three points or more in their struggle to avoid relegation.