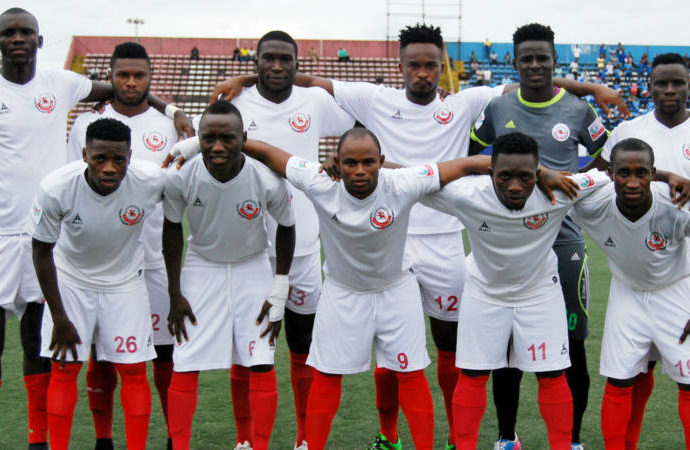 Rangers International FC of Enugu Team Manager, Amaobi Ezeaku, has hailed the players dedication for the goalless draw with Niger Tornadoes FC of Minna in Lokoja.

Speaking in Enugu on Sunday, Ezeaku expressed joy over the result saying that it was the reward for hard work. Ezeaku said the match was a wonderful one noting that the players came into the match with much optimism. “Knowing the position we occupied currently, we applied caution and even when the referee gave Tornadoes a penalty in the 3rd minute, we weren’t bothered. “In my assessment of the game, I will say it is a wonderful game, good officiating and beautiful display by the both teams. “I am giving kudos to my players because they made us proud, getting a draw in away match in Nigeria Professional Football League (NPFL) is not easy,’’ he said. He said that in football, resurgence is always difficult but in our case, it just came up and I will say that it is the Lords doing. “We went to Maiduguri and played out 1-1 draw against El-Kanemi Warriors and in Lokoja; we draw 0-0, so I feel excited. “It is a wonderful thing that all sports lovers in Enugu are now beginning to get relief that Rangers are getting back to where they belong in Nigerian League,” he said. Ezeaku urged the NPFL to assess improvements on players performance and officiating. He also urged Rangers players to keep the flag flying saying that the state government, the management and the technical crew are solidly behind them. He expressed confidence that the players are gradually coming back, compared to the period the result was not coming their way.

“Though, we are still looking forward to grab an away victory, but with the current two results in our away matches, I believe, it is not far from us.

“Gradually, we will get there, but all attention is now turned to FC Ifeanyi Uba who is our next opponent in Enugu. “Remember, that they beat us 1-0 in the first leg and a resounding victory in Enugu in the forthcoming second leg will be so amazing,” he said. Rangers moved to the 13th position in the league table after the draw in Lokoja with 32 points from 25 matches.