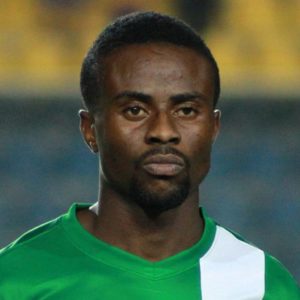 The 27-year-old striker arrives Coetzenburg Athletics Stadium after banging in 12 goals for the eight-time Nigeria champions.

Stellenbosch FC who got promoted to the top flight last season confirmed that capture of Dimgba as he unveiled this afternoon via the club official Twitter handle.

Dimgba has become Stellenbosch’s fifth signing in the current transfer window as they look to retain their status in the elite league.

The Nigeria star could make his debut for Stellenbosch when they take on Chippa United in a PSL match at Danie Craven Stadium on November 21.