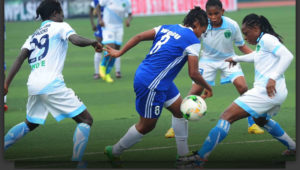 Going by the correspondence sent to the clubs involved, Invincible Angels, Kaduna Queens, Dream Stars and Osun Babes, the relegation playoff for the 2019 Nigeria Women Premier League will be held on October 2, 2019.

The letters were signed by Chief Operating Officer of the NWFL Ayo Abdulrahman and it was stated that the FIFA goal project, package B will host the games.

The teams will lock horns with each other with the losers dropping effectively to the second division, while the winners will continue their sojourn in the top flight.

Meanwhile, the Secretariat of the Nigeria Women Premier League has confirmed that arrangements are in top gear to stage a hitch free relegation playoff devoid of poor officiating and other things that could bring the league to disrepute