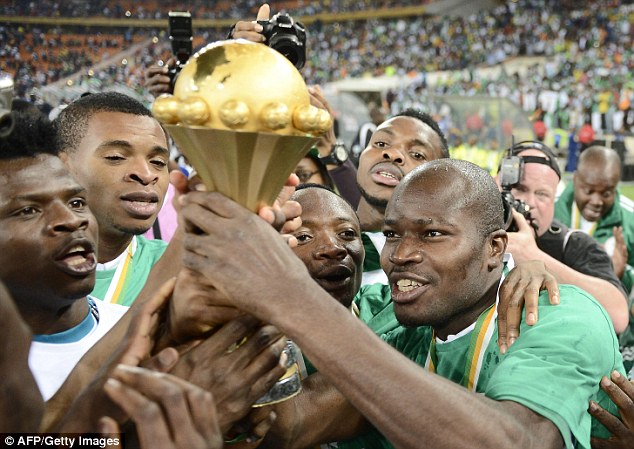 Nigeria want to win the the AFCON again

The Super Eagles have been working their feet off to ensure they qualify for the 2019 AFCON. Their good gameplay in their recent matches especially with Libya has strengthened their chances to qualify.

If they do make it, we are sure it would be great news for all fans – even those who love betting. For instance, if you are already on betbonus.co.tz, you would know that how easily you could bet on your favorite matches and win big!

The Nigerians are currently at the top of the Group E with 9 points. In second place is Bafana Bafana with eight points. Libya is in third place with four points.

The Super Eagles were able to improve their standings after beating Libya in both the first and second league.

Odion Ighalo scored a hat trick in the first league and a final goal from Samuel Kano which made them win 4-0. The second league saw them finish with 3 goals against the Mediterranean Kings 2 goals in Sfax.

The three-time AFCON champions are looking forward to securing a place for themselves early March in Cameroon. The last time they won the biennial championship was in 2013.

Gernot Rohr has praised the efforts of his team especially after the doubleheader win against Libya. He knew his team would face a tough challenge but they got through.

The Super Eagles were one of the few teams which represented Africa in the Russia FIFA World cup.

They were almost able to get through the group stages. The experience which they got from Russia is what they put back in the 2019 AFCON qualifiers.

Francis Uzoho has proven to be the go-to goalkeeper in all their recent matches. According to him he does not underage any team. Many fans are speculating an easy match between the Nigerians and Bafana Bafana.

However, it is good to note that the South African beat Seychelles six goals to nothing. It was their first international score which made them stand at the top for a while.

Nigerians in the first position while the South African are in second. A lot of fans are speculating that these two teams are the one who will qualify for the finals.

However, the Libyans are a threat and they could turn the apple cart. The second position would be determined when Bafana Bafana face Nigeria but they will be the underdogs of the match. The matches will take place in Johannesburg and Sfax.

On the other hand, the Libyans will face Seychelles in Victoria. If Libya beats Seychelles then they would tie points with the South Africans.

Consequently, Libya will still have a home game with Bafana Bafana. If they further go ahead and beat the later then the Mediterranean Kings will have gotten a one-way ticket to the top.

Nigerians have gone ahead to add some new players like Jamilla Collins. They plan to work as a close-knit family who will surely go to the top.