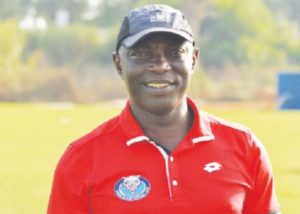 Embattled Acting Chairman of the Delta State Football Association, Edema Fuludu, has stated that the election into the board of the Delta FA which is expected to hold today is an illegal election despite the involvement of the Nigeria Football Federation in an observing capacity.

Fuludu speaking in a chat with newsmen said the election into the board of the Delta FA was done on the 13th of June 2019 which has since been challenged admittedly and the NFF is fully aware and even replied congressmen that went to court with an interlocutory injunction existing.

He fingered the NFF and the Delta State sports commission as parties conniving to hijack the Delta FA.

“That is an illegal election they’re trying to hold tomorrow, that election is been organized by the Delta State Sports Commission in conjunction with the NFF. We’ve had our election since 2019 June 13 precisely so what is happening there tomorrow is even an election against Court contempt because the NFF even replied to the Congress member that went to court. So the motion for an interlocutory injunction is also existing.”