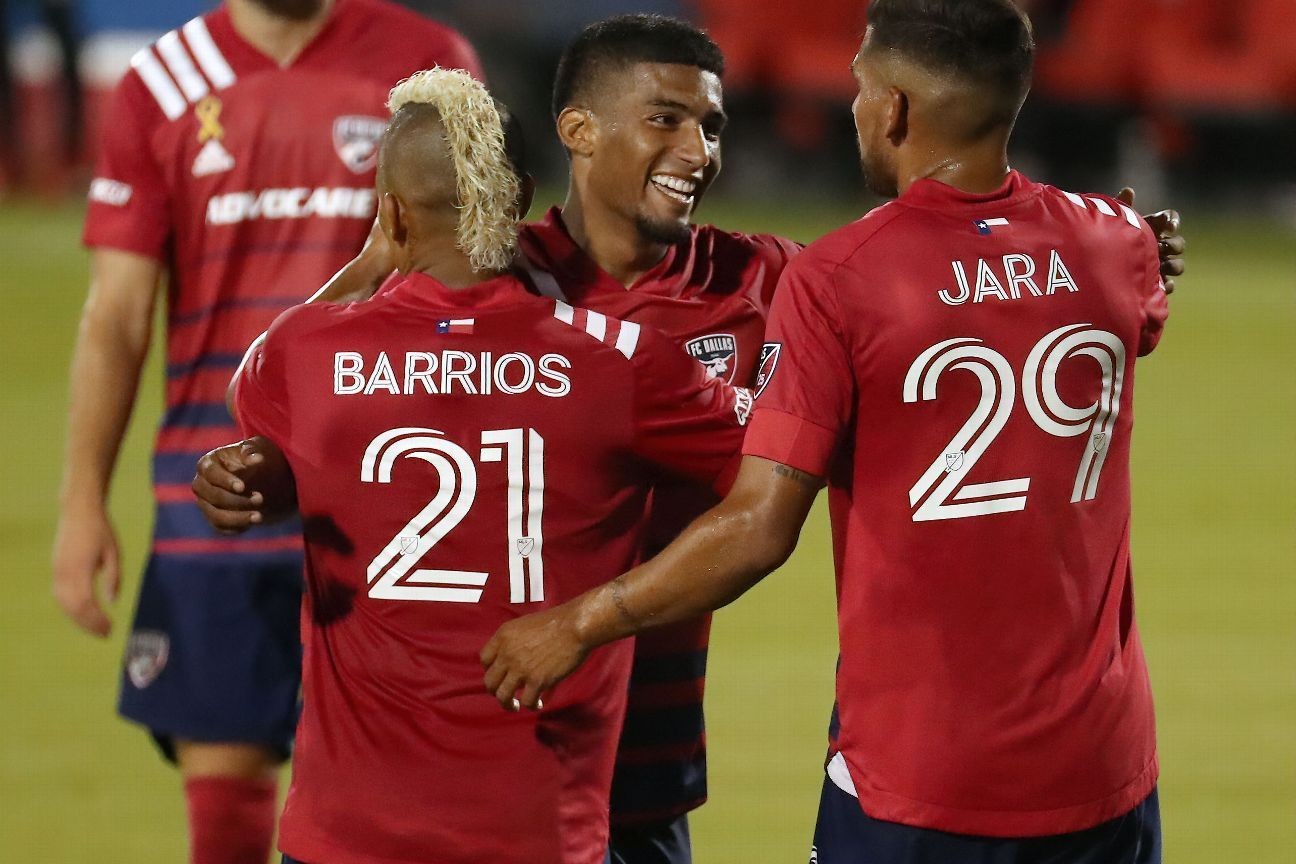 It was FCD's third victory in their past five matches, lifting them from ninth place to fourth in the tight conference standings. Dallas is 3-2-3 since its season restart in August.

Kyle Zobeck recorded his second straight win in goal for FCD in his fourth career game, turning away four shots while aggressively controlling play in the 6-yard box.

Both teams had early offensive flurries but didn't find the net.

Mosquera ended the deadlock in the 41st minute, taking a centering pass from the right sideline from Michael Barrios and ripping a right-footed shot into the lower-right corner that caught Rapids keeper Clint Irwin flatfooted. Matt Hedges also garnered an assist on the play for the entry pass to Barrios.

Dallas added to the lead when Jara scored what would be the winning goal in the 49th minute. Jara elevated to get his head on a corner kick from Reto Ziegler, pushing the shot over the Rapids' Diego Rubio and past Irwin, who was screened on the play.

Mosquera scored his second goal in the 57th minute after stealing the ball in the midfield and dribbling down the left side unmarked. He uncorked a shot that Irwin had no chance of stopping.

The Rapids finally answered as a steal by Nicolas Mezquida on a sloppy clearing pass by Dallas turned into a chance and a goal for Andre Shinyashiki in the 63rd minute.

Mosquera completed FCD's first hat trick since 2018 when he ripped a shot into the net in the 78th minute after a Colorado turnover. Mosquera had just three goals in the entire 2019 season and had only one in 2020 until his outburst on Wednesday.

Colorado had snapped a seven-game winless run with its dominating 5-0 road win over Real Salt Lake on Saturday. The Rapids are now 1-4-4 since their restart in July.

FC Dallas now owns a 25-8 edge, with six draws, over Colorado at home in the all-time series between the two teams.