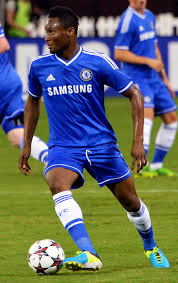 Nigerian midfielder John Obi Mikel has reportedly placed his contract talks with Chelsea on hold, as he waits to learn more in regards to lucrative offers from China.

The 28-year-old’s contract with the Blues expires in mid-2017, but he has an offer on the table for an extension with the Premier League club.

According to his agent, John Shittu, the Super Eagles player is not prepared to commit to Chelsea just yet and will wait for more details about big-money offers from clubs in China. Mikel has been on Chelsea’s books since 2006.

"Chelsea have approached him for an extension of his contract but he said after the season he'll decide," Shittu told website AllNigeriaSoccer.com.

"He has so many teams interested in him, almost three clubs in China want him."