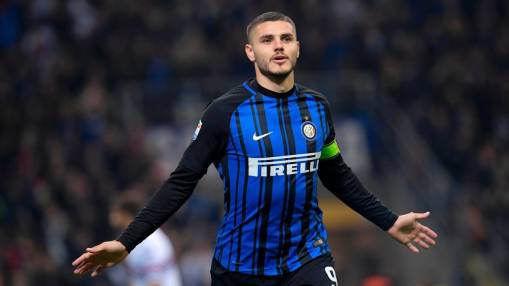 With Inter and Napoli leading the charge in Serie A, Gab Marcotti assesses which team has the best chance of winning the title.

Inter played a superb first half against Sampdoria, but nearly let their 3-0 lead slide by allowing Marco Giampaolo's side score twice in the second. After a strong start from the visitors, Milan Skriniar was the quickest on an 18th-minute corner, and that was followed by a stunning Mauro Icardi volley a quarter of an hour later. The second half began in much the same way, only for the Beneamata to pull off a simply outstanding passing move to make it three on 53 minutes. They started to get a sloppy, however, allowing Samp to net twice, making the last minutes rather difficult watching.

The football from about the 15th minute onward was simply exceptional. Inter are smooth, collected and play like a team. Barring their defensive distractions, Sampdoria were a great test, in a league where the average quality isn't the same. They kept the Nerazzurri on their toes and forced them to learn, especially by trying to press high early, compelling Inter to pass out of their defence.

Since when does Yuto Nagatomo keep trying through balls and chips to the midfield, where Icardi was there to chest it down and quickly change the play? The Nerazzurri are counting on a great atmosphere, on Italy's best home attendance record. The midfield looks more in sync, too.

The final half hour wasn't a lot of fun, and the Inter support's emotions were captured by one veteran fan rolling his eyes in the stands. This is a clear indication that the team still needs to grow. Sampdoria's first came in a three-on-five situation. The scoreline was close because Inter couldn't bury their chances. Icardi needs to keep improving his overall play. The midfield needs to give it away less, though one can understand why this risk-taking worked. Joao Mario looks less and less like he belongs. Keeping the defence so deep -- a ploy which worked as the Nerazzurri learned the system -- may now be too much, as Sampdoria could exploit those spaces, and the rearguard hesitated in coming off their line.

Manager rating out of 10

8 -- Luciano Spalletti's work culminated in the the third goal, which was a complete and utter masterpiece, and testament to his patience in asking this team to play the ball on the deck; a dozen or so passes out of defence combining with Borja Valero's eye for the pass, Matias Vecino's great run into space, Ivan Perisic's hard work and Icardi's finishing. The dip at the end was a little puzzling, but chances are that it still owes to the rebuild phase. Changes could have been made sooner.

GK Samir Handanovic, 6 -- Made a sensational save in the first half -- preventing Fabio Quagliarella from bagging a sure goal -- but was then lazy on Sampdoria's first.

DF Danilo D'Ambrosio, 7 -- Proactive throughout the game. Ran his socks off on the pitch and was a monster in defence, even managing an excellent anticipation to launch the counter.

DF Milan Skriniar, 6 -- An eight for the first half -- in which he scored against his former team -- and a four for the second, in which he was arguably guilty on both of their goals.

DF Joao Miranda, 7 -- Had a more stable game than Skriniar. Showed initiative in coming off his line. Lost a key ball early on, however. Getting back to his levels.

Mauro Icardi scored both of his goals vs. Sampdoria in sensational fashion.

MF Matias Vecino, 7 -- Went on another one of his mazy runs. Are we sure that he was paid too much? Do we realize just how different Inter's midfield is compared to last season? All Geoffrey Kondogbia could do is kick people.

MF Roberto Gagliardini, 7 -- Personality on the up. Spent all game tackling and keeping Inter ticking over. Volleyed a beauty to launch Perisic on the counter. Was a little slack at the end of the game.

MF Borja Valero, 7 -- His range of passes was exceptional. Ran for longer than usual, but was lazy on a late Samp chance.

MF Antonio Candreva, 8 -- His penchant for the shot from outside nearly resulted in a goal. Far better delivery from corners, finding Icardi twice and assisting the opener. Hard worker, dipped a little in the final stretch.

MF Ivan Perisic, 8 -- May as well have scored, as he was denied twice by the woodwork, once on a spectacular lob after a missed Sampdoria clearance. Ran like he was possessed, and was simply excellent in defence and doubling up.

FW, Mauro Icardi, 8 -- Sensational on his two goals, especially the first, a beautiful half-volley across the goal. Denied by the post and was wasteful with counters at the end.

MF Joao Mario, 5 -- Just like Icardi, he needed to be more incisive when he came on. Doesn't press or mark well, either.

MF Eder, N/R -- Came on too late to make a difference. Would have been useful instead of Joao Mario. Actually contributed more to the defensive phase.