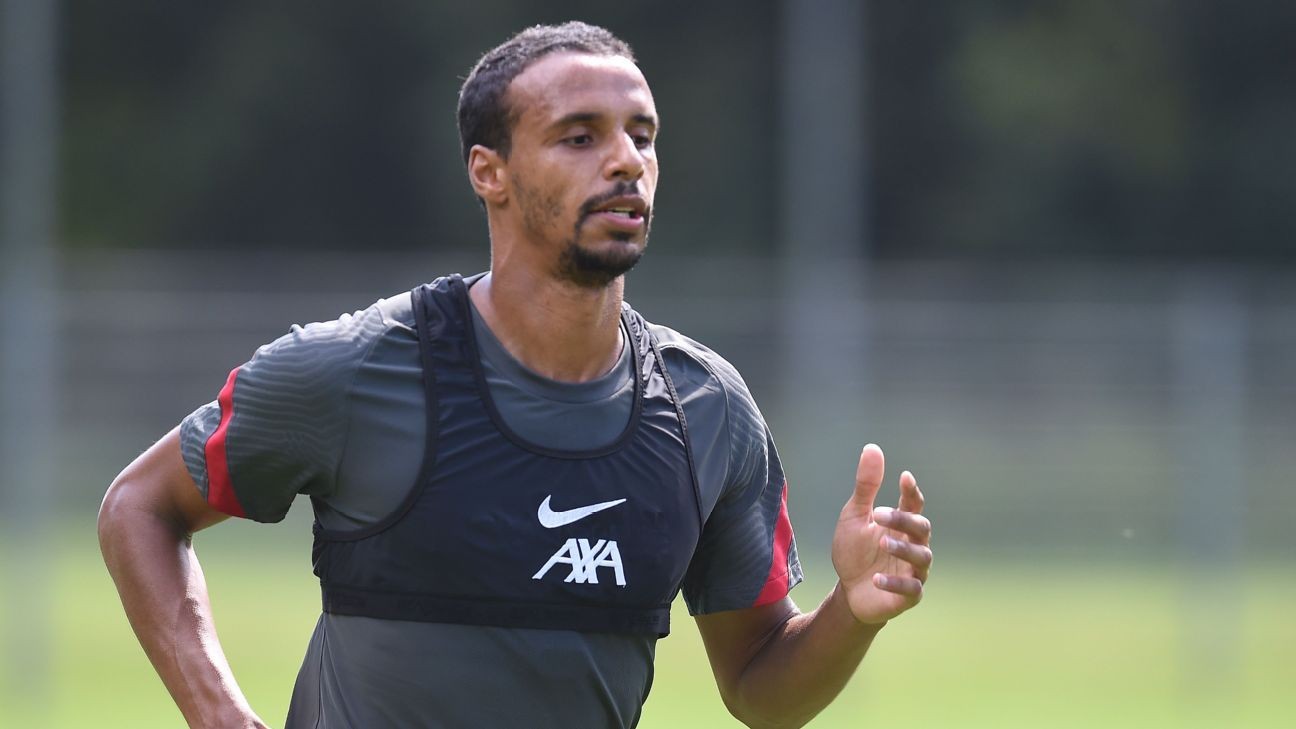 Premier League champions Liverpool announced that Joel Matip will miss the rest of the season with an ankle injury on the day they brought in defensive reinforcements.

- Transfer Grades: Liverpool get a B+ for Kabak, C for Davies
- Stream ESPN FC Daily on ESPN+ (U.S. only)

Liverpool are without central defenders Virgil van Dijk and Joe Gomez due to long-term injuries and Cameroon international Matip was forced off with an ankle ligament injury in their 3-1 league win at Tottenham Hotspur last week.

"Unfortunately, we found out now after everybody looked at it that Joel will be out for the rest of the season," said manager Juergen Klopp.

"But he will be ready for the start of the next pre-season and finally everything will be sorted."

Klopp has had to play midfielders Fabinho and Jordan Henderson in defence while also relying on young players to fill gaps at the back.

Liverpool fielded Henderson and 23-year-old Nathaniel Phillips as their centre back pairing in Sunday's 3-1 win at West Ham United that lifted them to third place.