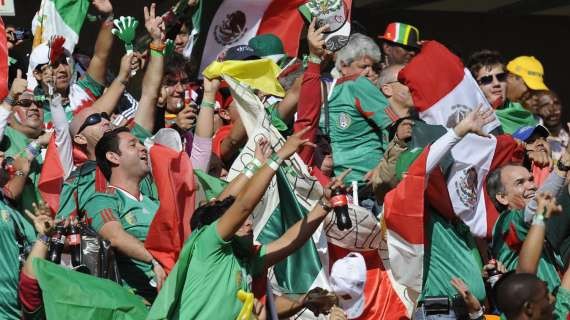 After Pachuca eliminated Chivas in the Reclasificacion match, the Liga MX Quarterfinal matchups were set as follows:

In the first quarterfinal match between Toluca and Cruz Azul, it was the Diablos Rojos that managed an upset over table leaders Cruz Azul. Toluca went up on the scoresheet thanks to Alexis Canelo who scored from the penalty spot in the 27th minute. Cruz Azul responded with a goal of their own in the 34' with Guillermo Fernandez, who netted an absolute screamer with a curler in the top corner. The two sides were evenly matched, until Toluca's Rubens Sambueza was able to once again win a penalty for Los Choriceros, among La Maquina's protests. Michael Estrada stepped up to the spot in the 52nd minute to give Toluca the lead, a lead they would not relinquish. Cruz Azul will now be forced to win at home in the Azteca in the second leg if they want to advance to the Semifinal round.

The second quarterfinal match saw Atlas and Puebla square off. In a very close match decided by a single goal, it was the zorros of Atlas that came out on top in another upset over favorite Puebla. The deciding goal was scored by Jairo Torres in 59th minute; Puebla's players were not happy with the decision due to an alleged offside position, but the goal stood. Puebla will now travel home being forced to win if they want to advance.

In what undoubtedly was the most anticipated clash of the quarterfinals, Pachuca received America in the Estadio Hidalgo. The home side were able to strike first through an Erick Aguirre well placed header from a set piece in the 29th minute that left Ochoa no chance. America were able to grab a late equalizer thanks to Leonardo Suarez' wonderful strike in the dying seconds of the first half. Los Tuzos would not be denied however, and grabbed the lead right back in the 65th minute with a Felipe Pardo clinical strike that surprised Ochoa. Las Aguilas got into more trouble in the 81', when Peruvian midfielder Pedro Aquino was sent off for a bad foul, leaving America down to ten men. Pachuca would take advantage of the situation, scoring a third in the fourth minute of added time, courtesy of Luis Chavez's precise strike from outside the area. America will now have to win by at least a two goal margin in the second leg if they want to avoid elimination.

The last quarterfinal match saw Santos pull off the upset against heavy favorites Monterrey. Monterrey were able to grab a lead thanks to Dutchman Vincent Janssen in the 19th minute, who took advantage of Santos' goalkeeper Carlos Acevedo's mistake when he parried a shot at Janssen's feet. Santos came back in the second half and leveled the score thanks to their aggressive play in the 52nd minute through an Eduardo Aguirre strike. Santos did not let up, and soon found a second goal in the 62' in Ecuadorian striker Ayrton Preciado's boots. Rayados tried to respond and find an all-important equalizer, while Santos started using defensive tactics to hold on to their slim lead. Monterrey's prayers were almost answered in the dying seconds, but Cesar Montes' strike found the woodwork to preserve Santos' win. Monterrey is now forced to win in the second leg if they want to advance.