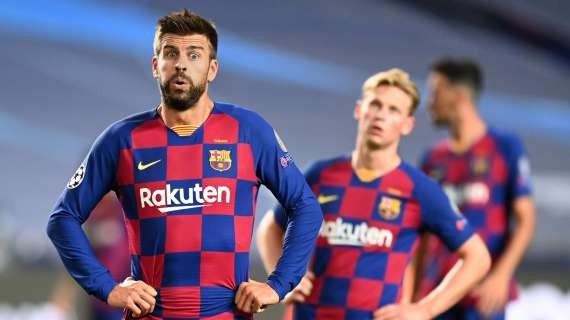 After the undisputed defeat against Bayern Munich (0-3), the central defender of FC Barcelona Gerard Pique reacted in the mixed zone, justifying the Catalan defeat in part by the youth of the entrants:

"This is what it is, we are what we are. We have a lot of young people, we ended up with a lot of 18-year-old players. It is not an excuse, it is a reality. Little by little, we have to grow and we will see how we will arrive at the end of the season”.

In reaction to the whistles against Sergi Roberto at Camp Nou, Pique insisted on defending his teammate, recalling that he was not playing the game at his natural position, even though he has often been used as a right-back for several seasons:

"I would like to remind people that Sergi Roberto is not a full-back, he makes the sacrifice to play there ... people are free to express their opinions, but personally, seeing him being whistled hurts a lot."