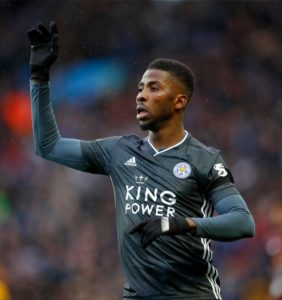 This comes after the two African strikers scored for Leicester in their 3-3 draw with Queens Park Rangers in a pre-season friendly match at the Kiyan Prince Foundation Stadium on Saturday.

Rodgers was impressed by Daka’s calmness when he took his goal and also raved about his partnership with Iheanacho.

“As soon as he’s in that goal scoring position, he’s so calm and not even thinking, even though he’s right-footed, he just slots it away with his left foot,” Rodgers told the club’s official website.

“You see that natural goal scoring instinct and then his speed to get to the ball for the penalty, I never thought he was going to get there, but he showed great pace.”

Daka was named Austrian Bundesliga Player of the Season after registering 27 goals and seven assists in 28 games, and his exploits earned him a move to Leicester.

“He won the penalty, so it was a good performance by him. I think that’s what he is, he’s a goal scorer,” the former Liverpool FC manager continued.

“I thought him and Kels combined very, very well. They were looking for each other and some of their play was exceptional.

“The goal scorers, I think when it hits the back of the net, it gives them confidence and gives them that energy.”

Daka and his Leicester teammates are set to face Manchester City in the Community Shield clash at the Wembley Stadium on August 7.