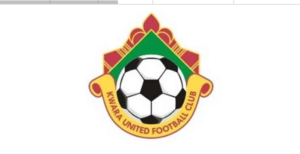 The Board of Kwara United Football Club of Ilorin on Friday relieved two coaches of their jobs and appointed two new ones to beef up the chances of the club’s qualification for Continental game in 2023.

It was gathered that the board sacked Messrs Ashifat Sulaiman and Taofeek Babatunde for the rest of the ongoing season.

Until recently, Ashifat is the Chief Coach of the team while Babatunde is the Assistant Coach. Both men have been Coaching the team since 2019.

Confirming the development to the Media Team on Friday, the Club’s Chairman, Kumbi Titiloye, said that the step taken by the Board became imperative to ensure total commitment in the team.

“The Chief Coach, Ashifat Sulaiman and the Assistant Coach, Taofeek Babatunde have been asked to step aside because of negligence of duty, as well as pursuit of more effectiveness.

“We are very much aware that the season in nearing completion, but adjustments towards obtaining effectiveness can be done anytime, especially as remaining fixtures are enough for the team to make more positive impact,” Kumbi Titiloye explained.

Titiloye said that the two coaches have been replaced with new coaches; Ijaiya Lookman and Mukaila Olaniyi.

Ijaiya and Olaniyi were before now, Head Coach and Assistant Coach of the junior team respectively.

“We have elevated the Head Coach of our U-15 team, Coach Ijaiya Lookman, and his Assistant, Coach Mukaila Olaniyi, pending when substantive appointments would be made at the end of the season,” Titiloye added.

Titiloye charged the newly elevated coaches to make positive difference and justify the confidence reposed on them by the Board.

Kwara United are currently sixth on the ongoing Nigeria Professional Football League table with 40 points, and will host Shooting Stars Sports Club in Matchday 28 on Sunday in Ilorin.

Meanwhile, the affected coaches were sighted at the corridor of the Kwara State Sports Commission Friday probably to seek redress from the Commission.

However, when contacted the Chairman of the Commission, Bola Magaji, said he did not have any knowledge of the incident as he was yet to receive any official report on the issue.