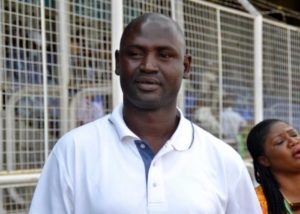 Nigeria Professional Football League (NPFL) side, Wikki Tourists FC of Bauchi, have appointed Kabiru Dogo as their club’s new Technical Adviser for the next two seasons.

In a brief ceremony held at Wikki Tourists secretariat in Bauchi on Tuesday, Dogo expressed gratitude to the team for having an interest in him and promised to also reciprocate the gesture by ensuring the club excel in the Nigerian top-flight league.

The former Lobi Stars gaffer who holds a CAF B Coaching license is expected to take Wikki Tourists who finished 15th position last season to a continental finish at the end of the 2021/22 football season.

He was at various times in charge of ABS of Ilorin and Sunshine Stars football clubs of Akure before joining Lobi Star of Markudi last season.