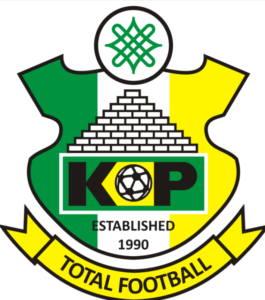 Junior Kano Pillars football club have emerged champions of the maiden edition of the Ibrahim Galadima Football League after defeating Clever Warriors FC 13-12 on penalties in the finals which was held at the Sani Abacha stadium in Kano.

The match went straight into a penalty shoot-out after the regulation time ended in a 0-0 draw.

In the third-place match, Kano Star FC demolished Greater Tomorrow FC 4 – 0 to clinch the bronze medal at the tournament.

Speaking at the occasion, Galadima who personally presented medals to the victorious teams commended the Organising Committee for the wonderful initiative.

He thanked them for deeming it fit to honour him with such a well-organised tournament.

Galadima also said the teeming youths of Kano State who are talented in football need such opportunities to achieve their dreams.

“I want to congratulate the winners and commend the organisers for putting together this competition in my honour. We need more such initiatives to discover hidden talents,” said the former chairman of the Nigeria Football Association (NFA).

Meanwhile, the chairman of the Organizing Committee, Suleiman Musa Sultan, has assured that the competition will henceforth be played annually.