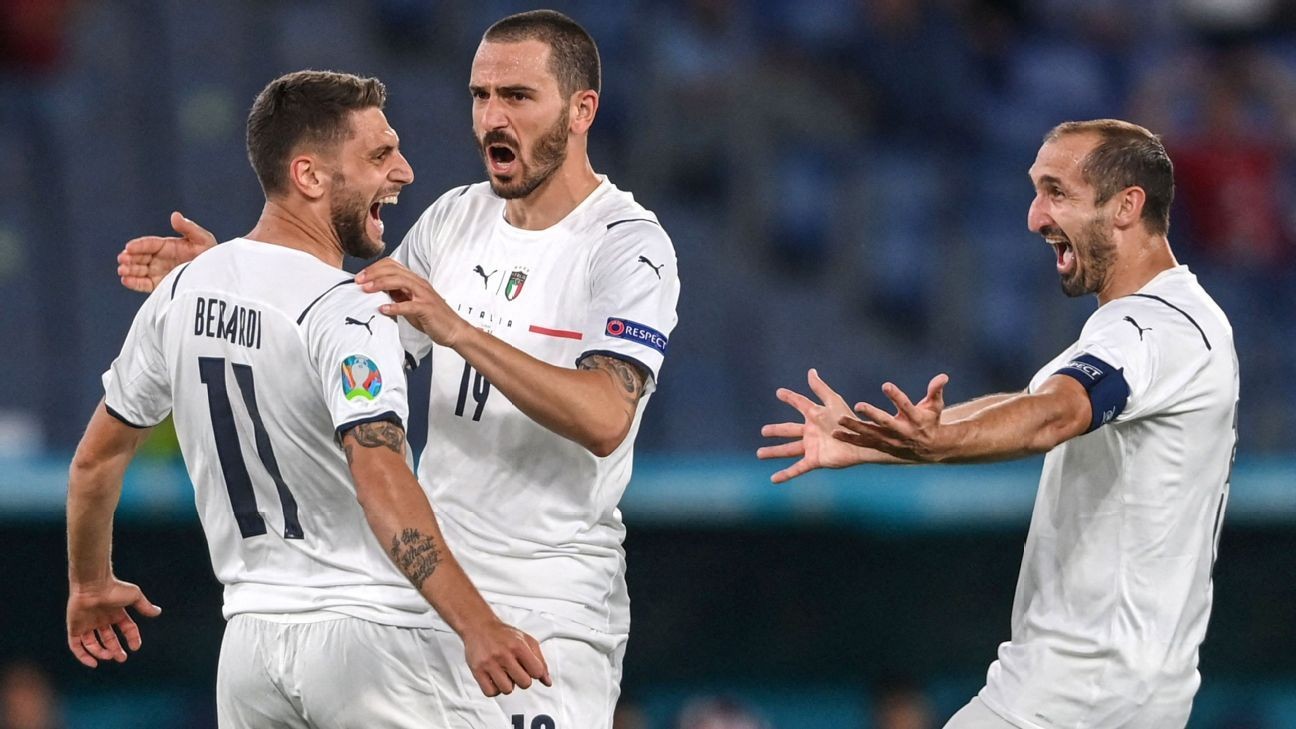 Italy rode three second-half goals to a 3-0 win over Turkey in Group A of the opening match of the 2020 European Championship in Rome on Friday.

Postponed by a year, the biggest footballing event since the coronavirus brought the world to a halt kicked off Friday at the Stadio Olimpico -- a milestone both for European and world sports.

Roberto Mancini's Italy came into the match on a 27-match unbeaten run and their fine form showed early on as the Azzurri dominated possession and went close with a pair of headers from corner kicks just past the 20-minute mark.

Italy ratcheted up the pressure as half-time approached and, after some intricate build-up play, Ciro Immobile was sprung in the box only to fire right at Turkey keeper Ugurcan Cakir as the teams went into the break locked in a 0-0 draw.

The pressure on the Turkish defence finally told when Merih Demiral inadvertently chested the ball into his own net from a Domenico Berardi cross and Italy took the lead shortly after the restart.

A goalmouth scramble led to Italy's second, with Immobile pouncing on a loose ball in front of the Turkish goal and firing home to double the advantage of Mancini's side.

Lorenzo Insigne put the game away for Italy in the 79th minute, curling home a beautiful first-time shot after Turkey's Cakir hooked a goal kick right to the opposing side and Italy pounced for their third.

Turkey will face Wales next in Group A action, while Italy play Switzerland, with both games played on Wednesday, June 16.