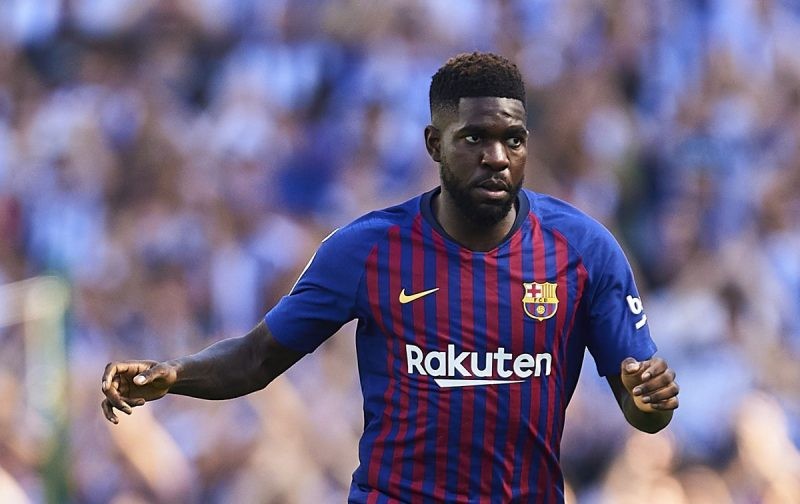 Inter appear willing to sign Samuel Umtiti from Barcelona at the end of the season, but only on loan and not as part of the Lautaro Martinez move.

The Argentine’s move to the Blaugrana continues to attract all the headlines, but so far the two clubs have been unable to reach an agreement.

Barca appear unwilling to pay the €111 million release clause in Lautaro’s contract, and as a result are keen to include one or more players in an attempt to lower that price.

One name being considered is Umtiti, as the Blaugrana appear willing to let him go after back-to-back injury plagued campaigns.

Calciomercato.com reports Inter are willing to sign the Frenchman, but only on an initial loan as the Nerazzurri aren’t convinced his injury woes are fully behind him.

They also aren’t willing to have the negotiations be part of a larger deal for Lautaro, something Barcelona aren’t convinced of at this time.