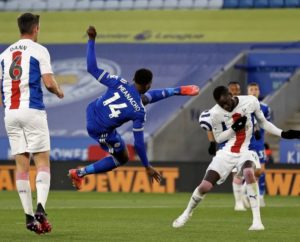 The in-form Nigerian No14 took his tally to 14 goals in his last 14 games in emphatic fashion ten minutes from time to seal all three points against Crystal Palace.

Wilfried Zaha had put the Eagles in front with just 12 minutes gone, breaking the offside trap and slotting past Kasper Schmeichel. 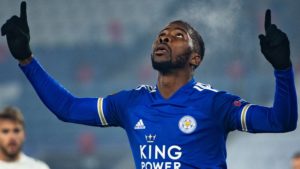 That made it six goals in seven games for the Ivorian forward against the Foxes.

But after a half-time team talk from Brendan Rodgers, the hosts came out firing and were level within five minutes as Iheanacho teed up Timothy Castagne who found the top corner.

And it was that man Iheanacho who collected the ball in the Palace box, worked a yard of space then rifled an unstoppable strike beyond the helpless Vicente Guita into the roof of the net.