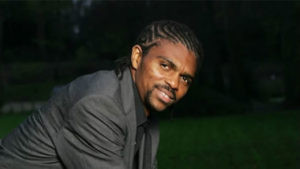 Nigerian soccer legend, Kanu Nwankwo has called on youths not to give up on their dreams, recalling that he started playing football without boots.

The former Super Eagles captain spoke on Wednesday during a submit on #EndSARS organised by the Ebonyi State Government.

“When Papilo started, I did not depend on the government. I did not have boots to play football,” the former Arsenal forward said during the event held in Abakaliki.

“I walk from my house, five kilometres to go to school. Come back from school, help mom, my parents, head out again – another seven kilometres – to play football without boots.”

He told the gathering that despite these challenges, he did not give up on his dreams, noting that he trusted in God to see him through.

“At the end of the day, I did not give up,” Kanu who won the 1996 Olympic gold medal in football as well as the Champions League with Ajax, added. “I had belief and I trusted in God that I would make it.”

The Ebonyi State governor, David Umahi who also spoke during the ceremony cautioned youths of the state against indulging in politics, telling them to be successful first.

“Remove your minds from politics and succeed first. Those who are manipulating politics are the wealthy men and women,” the governor said.

“That man that made every one of us be a councillor, go and find out his situation. Has he made any progress? The answer is no.

The governor said he is under pressure by the people in his village, noting that his predecessors had employed people from their villages while being at the helms of affairs in the state.