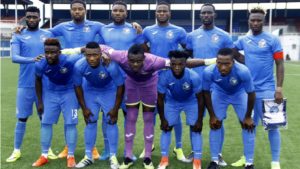 Nigeria Professional Football League (NPFL) clubs are gearing up for the new season as the notch up one or two friendly matches.

Eight times league champions, Enyimba International and Rangers International were one of those who played novelty matches on Friday.

Chigozie Obasi hit a ferocious freekick beyond the wall and I to the back of the net, to give Enyimba the lead in the 53rd minute.

The consolation cane for Akwa after Uche Collins directed Wisdom Fernando's cross into the net.

Rangers of Enugu on the other hand defeated Nigeria National League (NNL) side three goals to one on Wednesday.

Akwa United play Rangers at the Eket Stadium Sunday in another friendly.