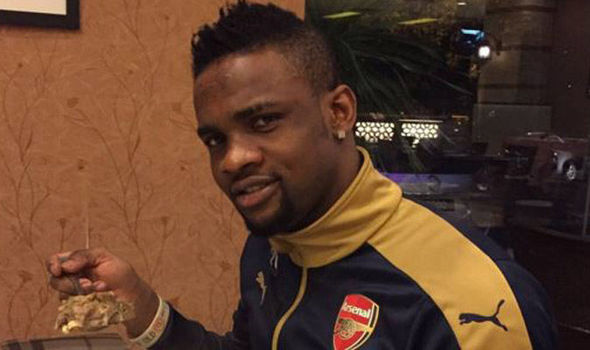 Austin Amutu has claimed that he had agreed terms to join Arsenal during his time with Nigerian club Warri Wolves but the proposed transfer to the Emirates Stadium did not come to fruition.

Former Warri Wolves Chairman now the President of the Nigeria Football Federation, Amaju Pinnick is known to have close links with Arsene Wenger who was coaching Arsenal as at the time the Premier League club were purportedly interested in signing Amutu.

Amutu, who played for Al Masry last season, was a shock inclusion in Nigeria's 40-man provisional squad for the 2021 Africa Cup of Nations in Cameroon.

Augustine Eguavoen replaced Gernot Rohr as Super Eagles coach on an interim basis ahead of the AFCON and did not consider inviting Amutu for a training camp in Abuja.

When asked to share his thoughts on missing out on Nigeria's 2021 AFCON roster and why he was dropped, Amutu said to allnigeriasoccer.com : "The very first time they called me about the national team I knew something like this is going to come up. I don't want to call names."

"Ever since I had this encounter with Arsenal, when I was in Warri Wolves I had a deal for Arsenal so I know how it ended so ever since then I have been having this challenge."

"I just zeroed my mind not to go to the national team. A lot of people are pushing  even when Siasia was there he called me several times. He asked me to come to Abuja to see him and I did."

"I met some men, they called me that they want to see me, I went there. At the end of it all my name was there and was cleaned."

Amutu has represented UEFA-affiliated clubs Ironi Kiryat Shmona and Yeni Malatyaspor in the past.