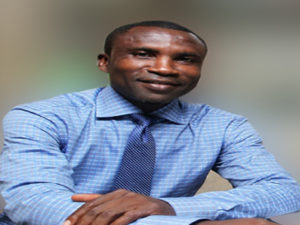 Former Nigeria footballer Jonathan Akpoborie has blamed UNICEF for the scandal that has tainted his image, ruined his Maritime business and the eventual fallout with his then German Bundesliga club, Wolfsburg.

It would be recalled that Akpoborie, ventured into the maritime industry during his playing days and together with his family, ran a shipping agency with two Nigerian-registered ships named MV Etireno and Xmas Day.

Jonathan Akpoborie, bought both ship from Denmark in 1998 and each of them worth more than $500,000 according to reports.

However things took a dramatic turn in April 2001 when the United Nations’ children’s agency said Akpoborie’s MV Etireno was used to move up to 250 child slaves from Benin to Gabon, an accusation the former goal poacher strongly denies till date.