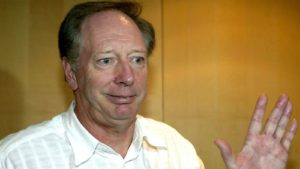 Ex-Super Eagles Coach and Dutch international Johannes-Franciscus Bonfrere has admitted his yet to receive his Olympic medal 24 years after leading the Dream Team to gold in Atalanta.

Far from being considered favourites, the Nigeria squad made up of a talented group that included Celestine Babayaro, Taribo West, Nwankwo Kanu, Emmanuel Amuneke, Jay-Jay Okocha, Victor Ikpeba, Garba Lawal, Daniel Amokachi and Sunday Oliseh, all punched above their weight to beat a strong Argentinaside in the final 3-2.

They are however famously remembered for their epic 4-3 semi-final win against Brazil where they rallied back from 3-1 to score in the closing 12 minutes through Ikpeba and Kanu, the latter netting twice in injury time.

It is regarded as one of the finest moments not only in Nigerian sports history but in the Olympic games as well.

Bonfrere says he was not given a medal because the provision was not made for him which he didn’t take likely.

"I have not been given the Olympic gold medal we won in 1996. After we celebrated our victory over Argentina at the final, I was prevented from climbing the podium to receive my medal,” he told BCOS TV.

"They said mine was not available. I was annoyed and refused to return with the team to Nigeria. I went to Holland instead.”

Bonfrere also revealed he was promised property by the Federal Government of Nigeria as part of his rewards for his achievements with the national team.

"It's unfair that after bringing glory to Nigeria, I was denied my rewards", he said.

Bonfrere became Nigeria coach in 1995 and after his Olympic exploits in 1996 moved to become the coach of Qatar followed by United Arab Emirates club Al-Wahda before returning to Nigeria for the second time.

He led the Super Eagles to the final of the 2000 Africa Cup of Nations which was co-hosted between Nigeria and Ghana. Unfortunately, they lost 4-3 on penalties to the Indomitable Lions of Cameroon after it finished 2-2 in extra-time.