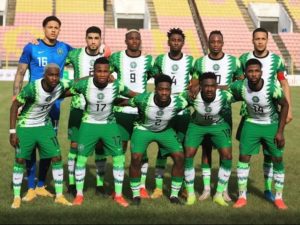 Information reaching nigeria soccernet reveals that Flying Eagles coach Ladan Bosso has handed call-ups to three more foreign-based based professionals in the shape of Abel Ogwuche, Michael Ologo and Lekan Oyedele ahead of the upcoming friendlies against Zambia.

As part of their preparations for the AFCON, the Flying Eagles will take on the Zambians in two friendly matches scheduled to hold in Abuja on January 27 and January 30, 2023.

Apart from the English-based invited players, another foreign-based invitee in contention to feature in the friendlies is Trelleborg FF central defender Abel Ogwuche who is already in camp.

The former Lobi Stars man recorded eight appearances in the Swedish Superettan over the course of the 2022 season.

Highly-rated Istanbulspor defender Michael Ologo, who has earned reave reviews from a section of the local media for his outstanding performances for his Turkish Super Lig club, has given his word that he will link up with the Flying Eagles this week.

The 19-year-old Ologo has forced his way into the Istanbulspor first team reckoning, playing in six out of their last eight matches.